Five Forces of Porter Framework – Assessing the Attractiveness of an Industry 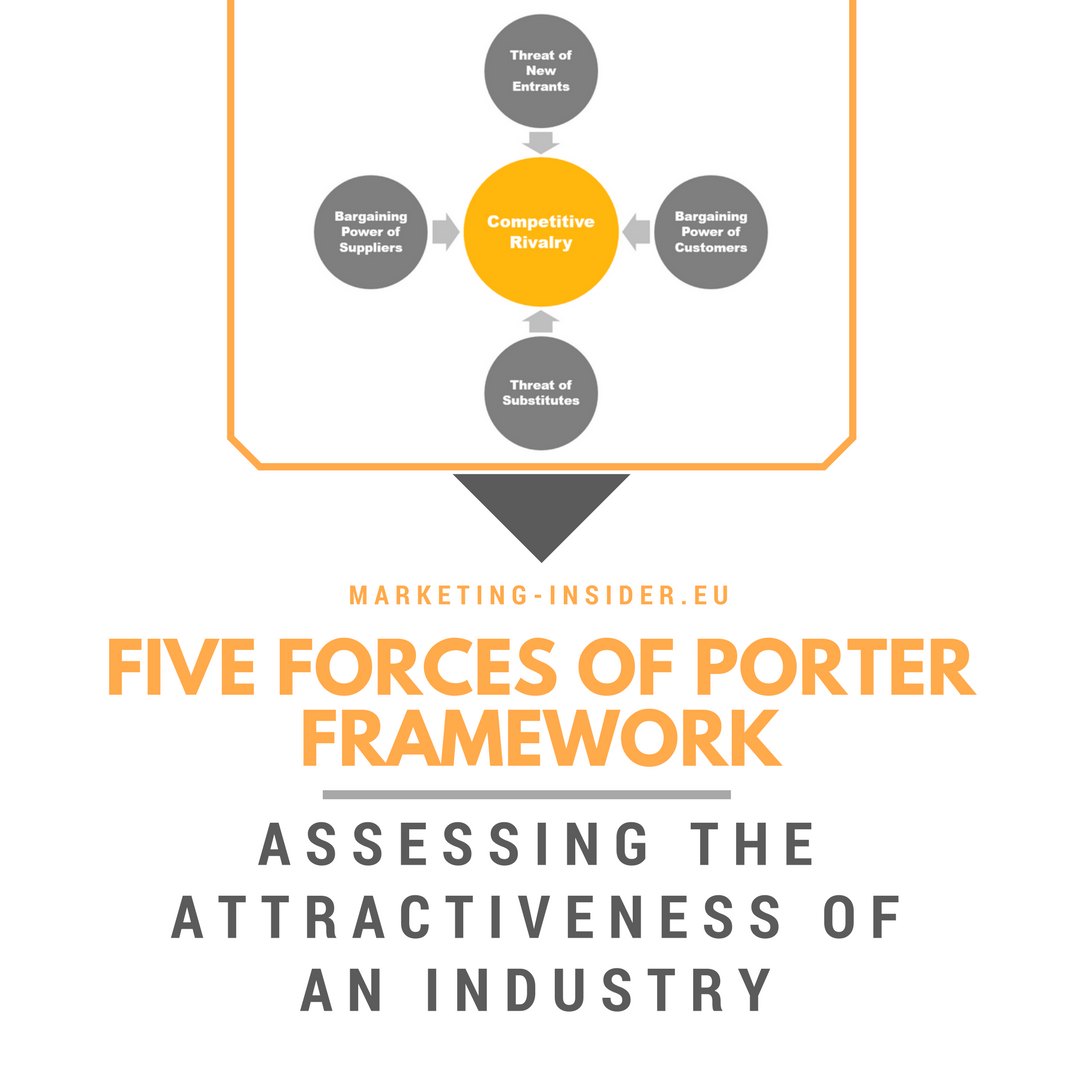 The Five Forces of Porter framework is a rather useful tool to determine the attractiveness of an industry. Named after Michael E. Porter, the Five Forces of Porter framework dictates that there are five forces that determine the overall competitive intensity and attractiveness of a market. It is particularly helpful in evaluating whether or not a company should enter a particular industry. For that reason, it is very popular and widely used, for instance to analyse the industry structure of a company or its corporate strategy.

Porter defines five forces which provide a clear picture of the potential profitability of entering an industry. This is based on the concept that the five forces help to determine the competitive intensity, which in turn mirrors the attractiveness of the industry. An unattractive industry is one in which the overall effect of the forces reduces profitability. The most unattractive industry would be an industry with pure competition.

The framework can be applied to any segment of the economy to assess potential profitability and general attractiveness. In fact, the framework provides an explanation why different industries are able to sustain different levels of profitability.

The Five Forces of Porter Framework analyses five factors that shape every industry. After having investigated each of these factors, you should have a clear picture of the opportunities and threats provided by the industry. 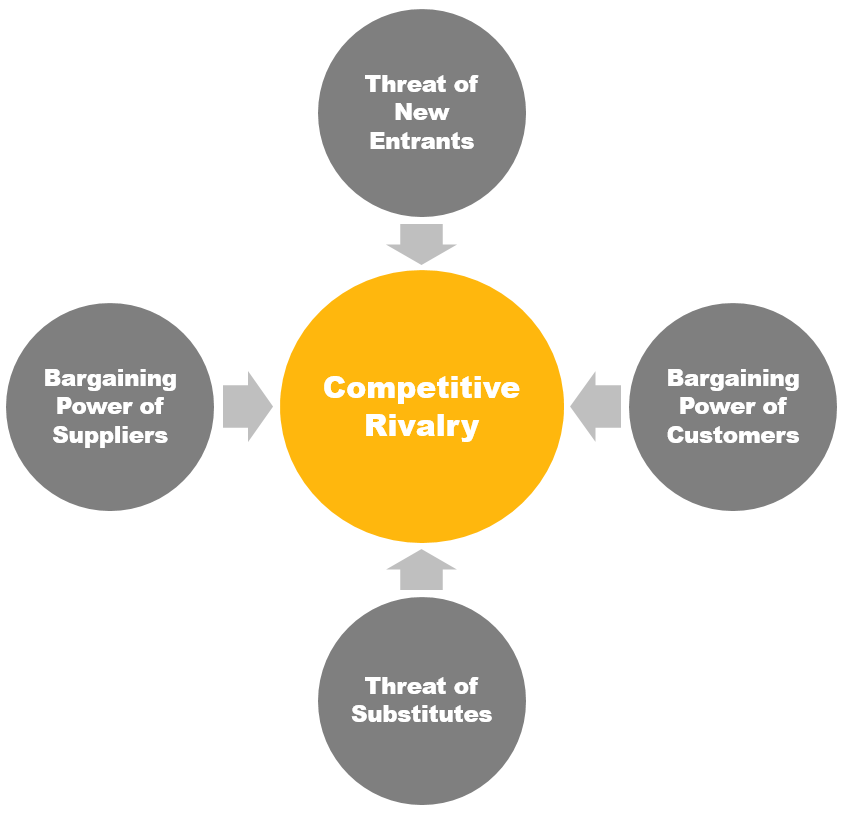 Five Forces of Porter Framework – Assessing the Attractiveness of an Industry

Competitive rivalry is determined primarily by the following factors:

Clearly, there is a direct link between an attractive industry and the threat of new entrants: If an industry is perceived as attractive, new entrants are likely to appear. A larger number of competitors in turn will lead to lower profitability across the industry, which in turn may lower the attractiveness again.

Important criteria that influence the threat of new entrants comprise:

If customers can easily substitute your product or service for another, the threat of substitutes is high. This is not the same as switching to a different company with the same offering, but switching products entirely. For example, Pepsi is not a substitute to Coca Cola, but for somebody seeking primarily a caffeinated drink, coffee or green tea may be a substitute. The more products fulfilling the same need there are, the higher the chances your customers will be drawn to a substitute. How to confront this?

Every company has suppliers, whether for raw materials, knowledge support or whatever else. Often, a lot of research and consultation is necessary to attain the best suppliers at the best price. For some companies, the choice of supplier has a significant impact on the business result, due to specialist knowledge, technology, quality, or simply prices. For others, just about any of the available suppliers may do the job. But what if there is very little choice of suppliers? The fewer suppliers fulfilling the company’s requirements there are, the more power they have over the company and the prices they can charge. Marketers should consider:

The table below summarizes key determinant factors for each of the five forces in the Five Forces of Porter Framework.